The Kiwi-Washman system has turned out much more friendly to life than anyone could have expected. It has not just one or two potentially habitable worlds, but a full seven planets with breathable atmospheres distributed between the Alpha and Beta stars of the massive trinary system. Several planets have what look to be the ruins of ancient cities on their surfaces. Not only that, but planets β IV and β V both show unmistakable signs of intelligent, technological life, albeit non-spacefaring. Because first contact protocols are incredibly cautious, it's not yet clear if these are lost colonies of some known species, or one or more home-grown intelligences. But clearly the system must be thoroughly investigated. 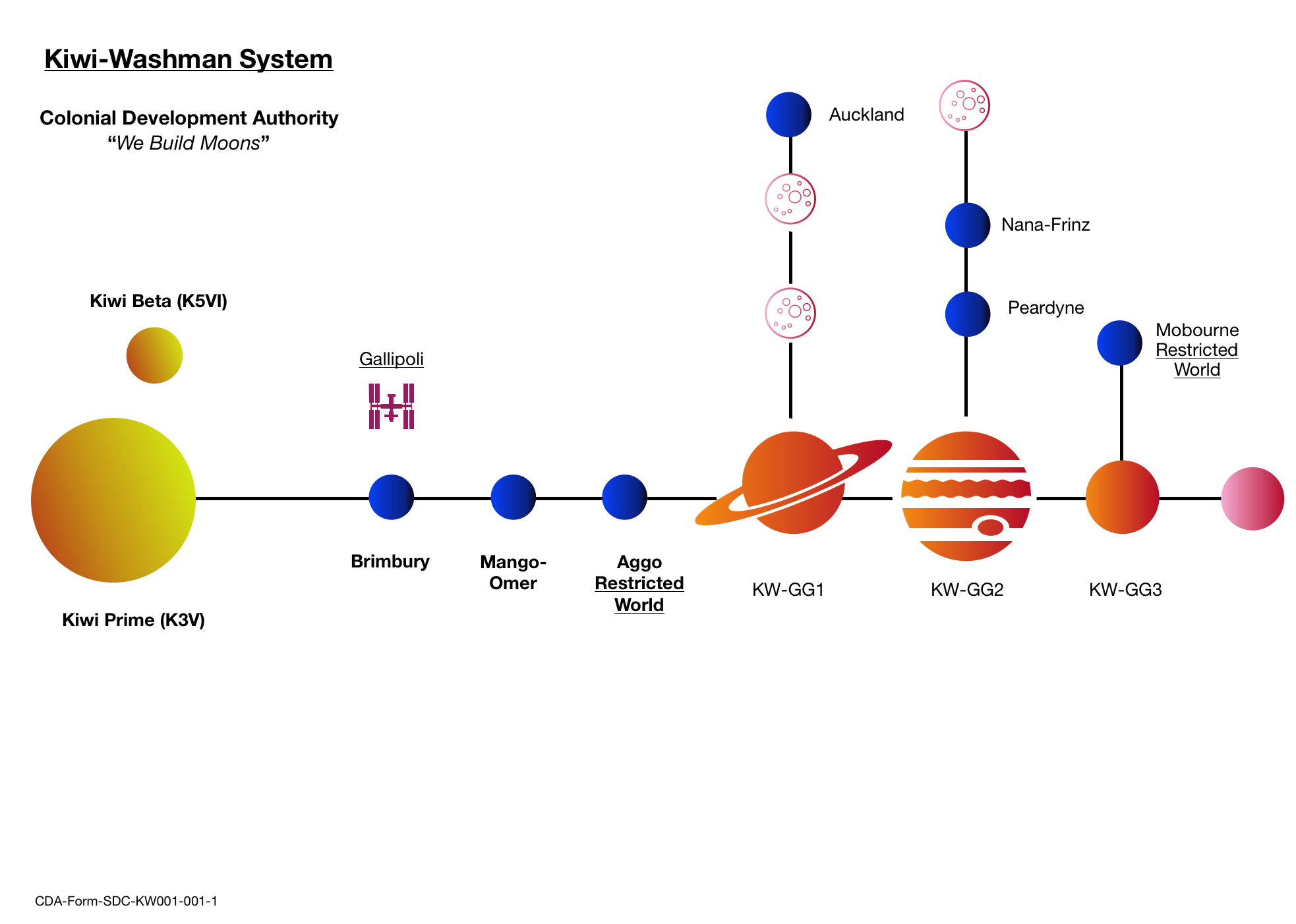 The initial Federation survey of the system was conducted by Long-Range Survey Ship Marco Polo, but when the crew reported back how much there was to see in the system, the Survey Corps sent in reinforcements. Now Deep Space Support Station Gallipoli is just coming online to host a new wave of explorers. Alas, the news of the discovery leaked to the press, and Federation Intelligence reports there's some evidence that organized crime figures, or perhaps just some unscrupulous explorers and smugglers under their employ have set up some kind of unauthorized "pirate" station somewhere in the system. The Navy has been asked to supply a defensive task force, but they're overstretched dealing with the Ogron incursions in the Rimward Sectors and no military support has yet been made available. The Survey Corps and their independent contractors are mostly on their own.

by: BrianI
See All Pages